Are you saying I shouldn’t do my work again because I am married? - Muma Gee 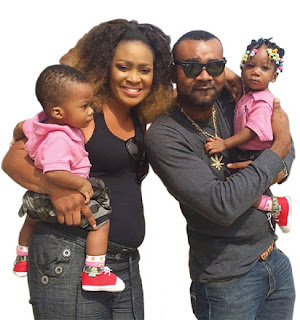 Muma Gee has come out to defend herself following the accusations laid by her husband against her. During the week her husband accused her of abandoning their kids and running off to Abuja.


In a telephone chat with Saturday Beats, Muma, who initially said she wasn’t ready to comment on the issue, said she was in Abuja but strictly for her career.

“Are you saying I shouldn’t do my work again because I am married? I am in Abuja and I came to work. I have a show here. In fact, I am in a meeting right now. I don’t have any problem with whatever he says".

When asked if she actually abandoned her children she said, “I have no comment. I have a new album, let him help me and market it. It is this kind of controversy that we are looking for right now,” she said.
at 11:22 AM