I can marry an entertainer - Korede Bello 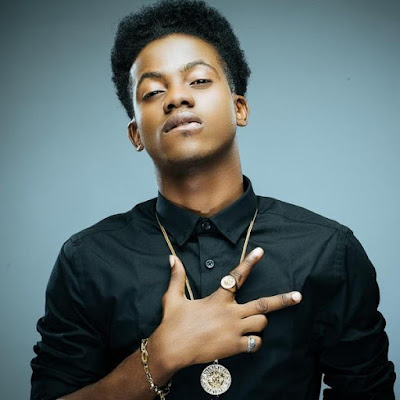 For music sensation, Korede Bello, getting married to an entertainer is not really a problem. While chatting with Saturday Beats, he gave the only condition for to marrying an entertainer.


He said, “I can marry an entertainer if the world would not give us problems.”

At the moment, Korede Bello claims he is single and not in a relationship. He also spoke about his type of woman.

“If you follow me on my social media platforms, you would get to know who my girlfriend is very soon. When you see her, you would know. I am still single but the thing that I look for in the opposite sex is honest and positive attitude. It does not really matter what the person sounds like but she must be beautiful,” he said.

No doubt, this year has been a good one for the singer and his other label mates especially Reekado Banks. In fact, many people believe that there is a silent rivalry between them but the artiste was quick to change that notion.

He said what exists between him and his label mate is a ‘healthy competition’.

He said, “I have a healthy competition with Rekado Banks. Like most people have noticed, when he drops a hit song, shortly after, I drop mine or someone else on the label drops theirs. I do not see anything wrong with it. The only kind of competition that exists is a healthy one and it is like we sharpen ourselves. It is just like two swords sharpening themselves. I am not just talking about Reekado but every other person on the label. We have been dropping hit songs back to back. It is a healthy competition on the label, no rivalry or negativity.”

The artiste who doubles as a police ambassador is making frantic efforts at uniting the police and the media and he gave reason for taking such steps.

“I organised the programme whereby the police would meet with the media because I believe that the bond between both parties needs to be tighter. Apart from being a police ambassador, I am also a part of the media by the virtue of what I am studying in school and I am a member of the society. This is part of the steps in which I aim to bridge the gap between the police and the media,” he said.
at 11:16 AM