Birdman brags about his tour, claims it would be more successful without Lil Wayne 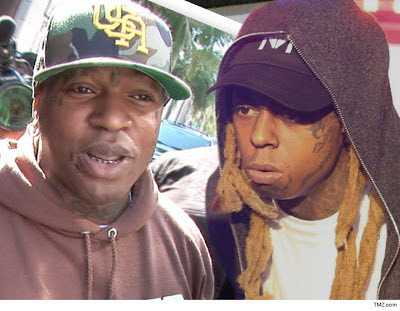 Birdman's got huge plans for a Cash Money tour that will put Diddy's Bad Boy Reunion tour to shame and he thinks he doesn't even need Lil Wayne to make it happen.


Sources close to Birdman tell TMZ  the Cash Money lineup will include Juvenile, Mannie Fresh, Turk, some up-and-coming acts and Baby himself, and will hopefully kick off in February. We're told there's an open invite for Weezy to join the tour but a lot of beef-squashing would have to be done before then.

Our sources say Birdman's been planning this all year because the 20th anniversary of the Cash Money label is coming up and he thinks he can outdo Diddy no problem.

But still you gotta think it would be much easier if he can work things out with Wayne.