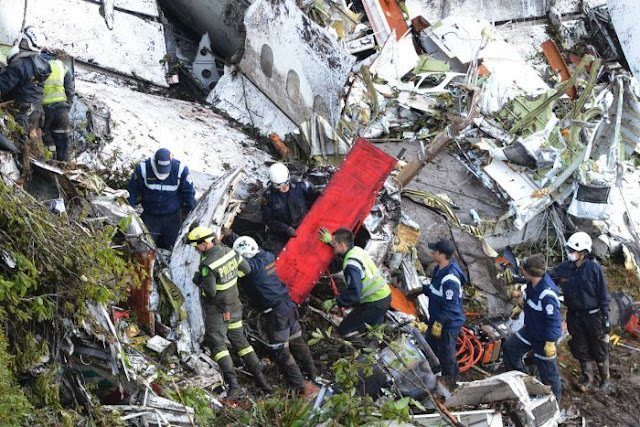 The plane that crashed in Colombia’s Medellin killing 71 people on board including members of the Brazillian football team, Chapecoense, ran out of fuel moments before it crashed on Tuesday November 29th.

This is according to a leaked audio recording of the pilot’s final communications with the control tower.

The pilot was heard repeatedly requesting permission to land, saying that the plane had suffered “total electrical failure, without fuel.”

A co-pilot of an Avianca plane flying nearby at the time also said he overheard the LaMia 933 plane reporting it was out of fuel, calling “mayday” and asking the control tower to direct it to the runway.

Main cause of the crash is yet to be ascertained by Brazilian investigators. Only six of the 77 people on board survived the crash.
at 1:21 PM