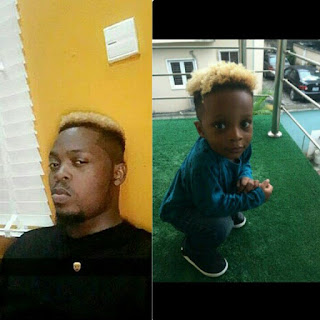 The YBNL’s point-man has taken most fans by surprise when he decided to dye the hair of his one-year-old son Batifeori Maximiliano Adedeji.


When the pictures of Olamide and his son rocking matching hair styles hit the internet, most of his followers felt the one-year-old boy was too young for such eccentricities.

However, Olamide in a recent radio interview radio, has given a main reason why he dyed his son’s hair.

“Dyeing my son’s hair was deliberate. We are just jumping on this twinning trend. I’m doing my best to raise my son in the right way. I try as much as I can to spend time with him and make sure I’m part of his day to day growth.”
at 11:40 AM