Check out this Nigerian designed game 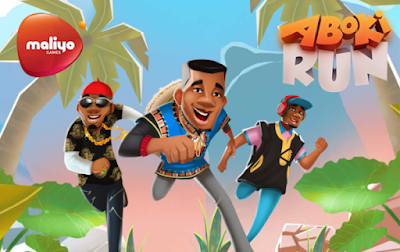 
The feat which was accomplished on Friday, December 22016, has led the mobile game on a course to be one of the most successful 3D endless runner mobile game in the African continent.

Aboki Run which is designed for mobile devices takes the player on a journey as they help three young friends, Danjuma, Gbenga, and Chinedu, discover more about their ancestral home.

The word “Aboki” itself means “friend” and originates from Hausa language, a language predominantly spoken in the Northern parts of Nigeria.

The game is a single-player game, which features multiple scenes including a cave, forest, town & a special Christmas scene. The player’s objective is to gather as many coins as possible while avoiding obstacles on the way. Players also get to make choices on the usage of power-ups, in-app purchases, leaderboard, scenery and character selection which is being updated regularly. It is currently available for free downloads from Google Play store on any Android supported mobile device.

Aboki Run is currently one out of the many mobile games developed by Maliyo Games to accomplish such a feat. The mobile game is also being projected to be one of Nigeria’s top grossing mobile games within the nearest future and is currently being featured globally across the regions of North America, South America, Latin America, Europe, Middle East, North Africa Asia-Pacific, and the rest of Africa.

It has gotten over fifty thousand downloads and hundreds of reviews for its his-res graphics, characters, African themed environment and visual effects.

Email ThisBlogThis!Share to TwitterShare to FacebookShare to Pinterest
Labels: Technology