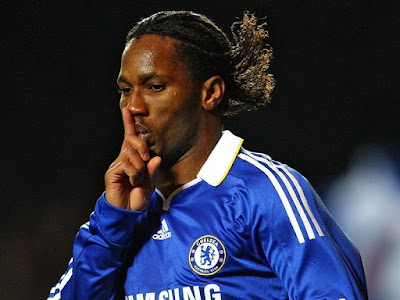 Chelsea and Ivory Coast legend Didier Drogba may have played his final game for the Montreal Impact this week.


Drogba came on as a substitute for Montreal Impact as they lost in the MLS play-offs to Canadian rivals Toronto FC.

Now 38, it seems very likely that Drogba has also played the final match of an incredible playing career as well.

Whilst his professional playing career has ended, Drogba has been boosted with a huge off the field victory.

In April, the Daily Mail published a huge expose on the Didier Drogba Foundation – the charity set up by the former Chelsea striker.

The expose was titled: “The luvvies, football hero Drogba’s charity and £1.7million that’s never reached sick Africans it was meant for: Foundation probed after just £14,000 of money raised in the UK donated to good causes.”

In the very first sentences, the Daily Mail claim “less than 1 percent of the cash it raised in the UK has gone to good causes. Stars, royals and businessmen have donated more than £1.7 million to a foundation set up by former Chelsea striker Didier Drogba. Supporters, including Bono, Frank Lampard and Christine Bleakley, were told the cash would build a hospital and help educate impoverished children in his West African homeland of Ivory Coast. But, disturbingly, accounts show that just £14,115 went to good causes.”

At the time, the Chelsea legend published a long and furious rebuttal on his social media pages.

Late on Thursday night, Drogba released a statement confirming that no wrongdoing was done by his foundation.

“The Charities Commission has today confirmed after a seven-month investigation, that no funds have been misapplied by my Foundation, and that there has been no financial wrongdoing, no fraud and no corruption. I am pleased that this supports what we always said from the start which is that the claims made by the Daily Mail back in April were entirely false. I have instructed my lawyers to seek a full apology and damages to be paid to my Foundation from the Daily Mail.”

On Instagram, Drogba wrote: “Don’t let anyone stop you trying to help other People in this World. Thank you all for your support & this just keeps me more focused on the work we need to do in Africa.”
at 12:27 PM