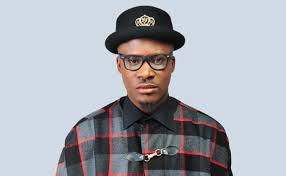 By way of giving back to the society, former Kennis Music artiste turned CEO of Next World Music, Jaywon, has officially signed his first artiste, Desmond Idubamo Jonah, aka Twist Da Fireman.

Jonah The Information Technology graduate of Sikkim Manipal University, Ghana, says he is set for the Nigerian music industry and its inherent challenges.

He disclosed that being signed to the label will increase his fan base and as he is working with the right hands, especially with Jaywon being on board.

Twist Da Fireman officially broke into the music industry in 2013 when he moved to Lagos, but it wasn’t until 2014, when he made a cross-over to the Lagos music scene with his mid-tempo Summer Jam, “Pause It” that the budding star got the media sphere buzzing.

Twist has worked with some of the best hands in Ghana, such as “Trigmatic, Rachael and Kessi’’. Twist Da Fireman is a splendid vocalist and he oozes versatility as his unique sound blends Dance-hall, Afro-beat, R&B and Reggae into one tightly knit package