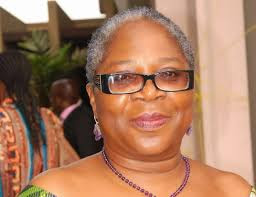 Elegant musical stallion, Onyeka Onwenu, is one legendary singer of the old class to be reckoned with.


Unlike some of her contemporaries, how she has been able to remain relevant in an industry that has evolved from what it used to be, is nothing short of talent, class, style , consistency, and quality of message usually found in her music.

The ageless singer who never fails to exploit any opportunity to impact from her wealth of knowledge and experience laid bare her mind on the Nigerian music industry.

According to her, in a short while, Nigerian musicians will abandon the use of sexual explicitness in their songs and videos, to concentrate on doing good music that will stand the test of time. “The industry is huge, it’s growing, and it’s good. Those who won’t make it won’t make it, those who quickly learn what it takes would have staying power, and it’s not everybody that would stay in the next few years; but then, the industry has a way of sorting itself out. It’s either you have your fans or you don’t, its either the music is good and people are buying it or they aren’t buying it. So, these things naturally take care of themselves, the more the merrier, let people who are talented come in, let the young people realise that they can do well in this industry, and we pray that they do good music, meaningful music, even if they are shaking bum-bum at this time. At some point, they would drop the shaking and they will begin to talk about the serious issues, do beautiful and inspiring music. It’s all a process, it will happen”, she said.

She advised young artistes to be open-minded so as to grow in their chosen careers. “Remain open and teachable; never think you have arrived, know who your source is. Till today I know I’ve not arrived, so keep tapping from God because it never ends. If you allow Him to use you, the music and the artistry, He, will continue to use you to bless others”, she advised.

When asked her counsel on the prevalent failure in celebrity relationships, she said; “I think there is a general pressure across society, and it’s not just among the celebrities; instead of blowing it up all the time, I think we should show some understanding. And also respect their privacy. I know people like good stories but we need to realise that these are human beings who are dealing with issues and allow them to deal with it”, she appealed.