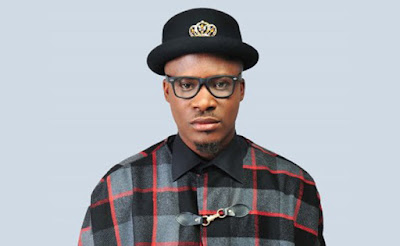 Jaywon has always been evasive when it comes to talking about what happened between him and Kennis Music. The singer has always made it known that he has no issues with his former record label. He said the main reason he walked out of the door was because of his vision as an artiste.


He said, “I still make a lot of money for Kennis Music till date and I know how much I still make from Kennis Music despite the fact that it was my work and I did everything myself. Even though it is small, it is my money and I must get it. The truth is this; I don’t have any issue with Baba Keke. If I had any issue with him, we would not be talking and everyone would know what the issue is. I was with Kennis Music for almost five years and I did not sign a contract that states I would be with them forever. Possibly, the only problem we had was that Baba Keke didn’t understand my vision. I just wanted to move ahead and do something. In 2017, people would get to understand me better. I have been running my record label, Next World Music, for a while and I just found the right artiste I want and I would be concentrating more on him in 2017.”

The singer told Saturday Beats that he is very grateful for all Kennis Music has done in his life, saying his story cannot be complete without mentioning the record label. He added that while he was with the label, he had to spend his own money to shoot music videos, something which ought to be paid for by the record label.

Jaywon said, “When I was under Kennis Music, a lot of people did not know but I spent most of my money. I put my money back into the business and that was what the label was supposed to do for me. I can count how many videos I shot with my money and it was not Jaywon that was there but Kennis Music. Because it is a label and it is being run by human beings. If your label does not have money to shoot a video for you and you decide not to take any action, it is your career that would die. You are killing yourself. I can easily release a song and shoot a video for it because I am used to it. I shoot videos in and outside the country with my own money because that is what I have been doing all my life. When someone tells me to go back to my former record label, I ask ‘what am I going to do there? Is it to go and be spending my money again? If I have to defend myself against all the things people have been saying about me, a lot of things would get spoilt and a lot of controversies would come up again and I am not really ready for that. All these that I am even saying I really don’t like talking about it because nobody forced me to go to Kennis Music. I signed the contract myself and they did not put a gun to my head. Whatever went wrong, I should be responsible enough to handle it.”

The artiste was quick to remind his fans that he never approached the record label for a deal. He said the label instead came to him because of his exceptional talent.

“I did not go to the label for a deal, they saw me somewhere and approached me. They said that they were interested in me. I never went to Kennis Music in search of a contract and that is what a lot of people do not know. I cannot always explain myself and I hate to put my energy in wrong places. I now have a child and I don’t need controversies. I just want to be remembered for good things,” he said.
at 10:57 AM