They should leave my love life for me - 9ice 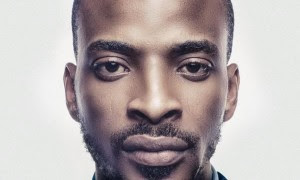 
But then, he quickly added he has no regrets.

And even as his love life has been trailed with so many controversies, the Gongo Aso crooner said he doesn’t mind the controversies as they actually fuel his creativity.

He said, “I think people would never understand me because it is not their life but mine. Everybody has the way they want to live their life and we all have factors and elements that work for us. I know the factors that work for me, I am living my life and I am enjoying it. I think it is for people to enjoy my songs and like it. As for my love life, it is mine, if I live my love life the way people want me to, I would be suffering while they would be enjoying. They should leave my love life for me because I think I deserve some happiness and an enjoyable love life. I have some factors and tactics that work for me and it is not in my position to explain it to people. Without the negative criticisms I receive when it comes to my love life, I would not be doing music again because what would I sing about. What would I put in my music? I love all the controversies surrounding my love life.”

9ice seized the opportunity to talk about his recently released album, ID Cabassa, and reiterated the fact that all proceeds from the album sales would go to his long-time producer, ID Cabassa.

He said, “This is my way of saying thank you to ID Cabassa for all he has done for me. Cabassa is not broke, nothing is wrong with him. I understand that in Nigeria, we only support people when they are down or dead. I am just doing my own; the idea has been there for a while and I felt it was the right time for me to make it a reality.”
at 11:02 AM