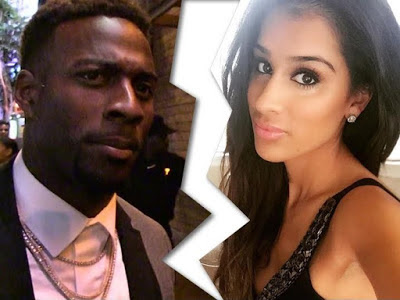 
Gabriella, who just had a baby girl on Tuesday afternoon - their second child - also requested for a temporary restraining order to keep Emmanuel away from their Texas home until further notice.


This was granted by the Judge, who went on to give him limited access to their son and their daughter who was not yet born at the time. The divorce documents were filed in Texas at the end of October.

Gabrielle stated in the documents that the divorce is Emmanuel’s fault and as such she is requesting for child support and a greater proportion of their assets.

However, on Tuesday afternoon, same day news of their divorce broke, the couple seemed quite chummy in a picture the family shared after Gabriella had their daughter, Zoie. The proud father was there in the delivery room and all seemed to be well between them.
at 1:54 PM