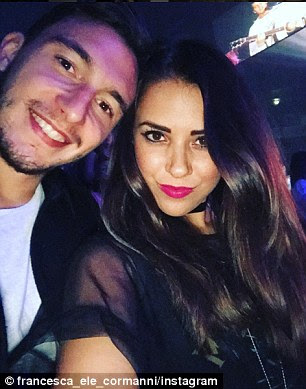 After working his way back into Jose Mourinho's plans, Matteo Darmian had another reason to smile after popping the question to Francesca Cormanni on Monday night.


The Manchester United defender's girlfriend took to Instagram to reveal her answer, posting a picture of herself sharing a kiss with her long-term partner and the message 'I said yes!' written on her hand.

The model, who is a qualified interior designer, also took the opportunity to show off a sizeable diamond engagement ring.

Alongside the picture, she wrote: 'Exactly eight years after our first meeting... I said YES to the man of my dreams'.

The happy couple moved to the north west in the summer of 2013 when Darmian sealed a £12.7million move from Serie A side Torino.

Miss Cormanni has supported her husband-to-be since his days at AC Milan - the club at which began his career - and has also followed him to Padova and Palmero.

She was delighted to see her man lift the FA Cup in May, posting a picture of herself and the defender with the trophy, along with the hashtag '#facupwinners2016'. 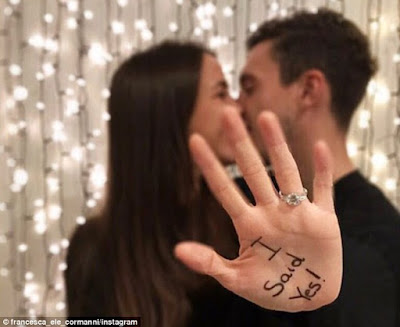