Shina Peters' brother opens up on his fight with his brother 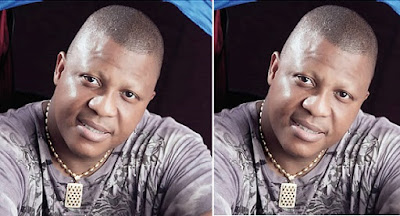 The juju singer relocated to America many years ago and when asked why he left the shores of Nigeria, he claimed it was his brother that called him an armed robber.


“I relocated to the United States because I had a clash with my brother over our father’s property and he called me an armed robber on the pages of newspaper. I was so mad and we fought. I took our fight to the radio and television to talk about it and he had to leave Nigeria because of that. The fight was very tough. I told him that he could only run to heaven, so I travelled to America to meet him and we started our fight again. At the end of the day, God took the glory. I made sure I let everyone know that my brother lied against me. That lie really affected me and when I got to American embassy, they asked me some questions about it. Luckily for me, instead of such news destroying me, it helped me and I was given multiple visa because they pitied me and they were glad that I fought to remove the stain on my name,” he said.

There were also speculations that their feud which has lasted for decades was caused by a woman. According to the gist in town then, Sir Shina Peters allegedly snatched his brother’s fiancée about ten years ago when he was still holding sway in the Nigerian entertainment space. It was alleged that wedding plans were already on the way when the Ace crooner started an amorous affair with his brother’s fiancée. When Yomi got wind of the relationship, he was said to have called off the wedding. It was also rumoured that the two brothers had been at loggerheads ever since.

Speaking on the issue, Yomi said nothing like that happened but he was quick to add that his brother maltreated him while he was playing in his band.

He said, “Women and money are very important but it would be good if you can ignore them and concentrate on your goals. There are a lot of things that have been said about me in the press, some are true while others are false, meanwhile, they did not hear from me because there were certain things I couldn’t  tell the press. People could have heard or seen some things before they began to say that my brother snatched my fiancée but they did not hear such from me. To be honest, there was nothing like that between my brother and me.

“It is actually true that when I played at my brother’s band, he used to maltreat me, I cannot lie about that. It was real and I cannot lie about that. If someone comes to ask me if my brother has ever helped me in my life, I would say he has never offered me any help. It is what he has done for me that I would tell people. There was a time when our mother used to tell me to always tell people that my brother helped me and gave me money whenever I was asked. I did it for a while but it did not work for me because those  that were supposed to help me already thought that my brother was helping me out. I don’t think my help is in the hands of my brother at this age. My brother has never helped me, I don’t know if he would change his mind and help out tomorrow. I don’t regret having a fight with my brother, I can never regret it because God has favoured me and He is fighting my battles. I really do not want to talk about him now, the time for that is still coming.”

Currently in the country, the younger Peters is ecstatic about the massive airplay his single, ‘Igbeyawo,’ is getting on the radio. He said it took him a year to complete his album which consists of nine tracks.

“It took me about a year to complete my album and it would be my eighth album. There were a lot of problems I faced while pushing the album out. When I wanted to shoot the video for one of my songs, two video directors that I paid absconded with my money. I really thank my company MJG in America for their support,” Peters said.