Messi catches up with some old friends 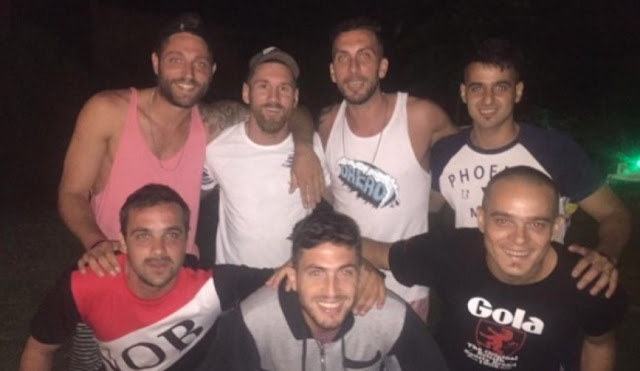 Like many footballers who are not playing in England, Leo Messi returned home for the holiday season.


The Barcelona superstar went back to Rosario, his home town, after a scintillating performance for Luis Enrique’s side in the win over Espanyol.

As a result, Messi and the likes of Neymar and Luis Suarez, avoided having to appear in the Copa del Rey rout of Hercules in midweek.

Having returned to Rosario with his family, Messi took advantage by catching up with some old friends.

These included the Newell’s Old Boys 1987 category youth side, which was Messi’s last team in Argentina before leaving for Barcelona.

Messi left Argentina in 2000, but played from 1994-2000 with the players he met up with for a traditional Argentinean barbecue.

Pictures of the reunion were posted by Juan Leguizamón, who captained the Newell’s Old Boys youth team.

In Argentina, this has been hailed as Leo Messi being close to his roots and portraying just how humble and down to earth he can be.
at 9:55 AM