Ugandan court orders for the arrest of Wizkid and his manager 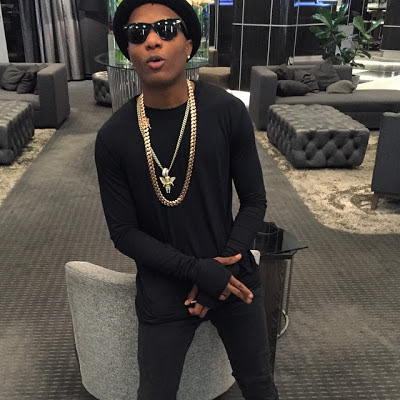 Singer Wizkid might be on his way to Ugandan prison after  failed to perform at a concert in Uganda on December 3rd 2016, which he was paid for.

Recall that Wizkid had cancelled all his shows scheduled to hold this December and January 2017because his doctors have advised him to. Read the report after the cut.... 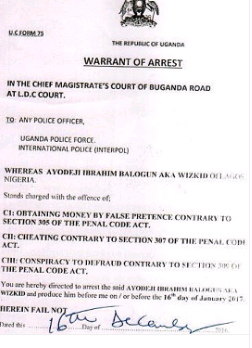 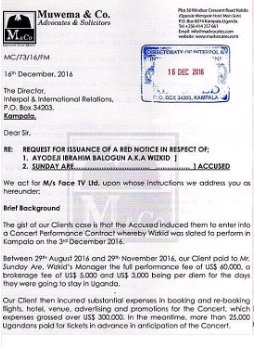 "Face TV through its lawyer Fred Muwema of Muwema and Company Advocates has obtained a warrant of arrest for the singer, who allegedly failed to honour a US$60, 000 contractual obligations to perform at a concert in Uganda on December 3.

The warrant, issued by the Buganda Road Court, has directed the International Police (Interpol) and Uganda Police to arrest Wizkid, the ‘Ojuelegba’ hitmaker.

You are hereby directed to arrest the said Sunday Are and produce him before me on or before the 16th day of January 2017.” The order has been issued today by Magistrate Baligeya Moses Mufumbiro.

According to Muwema, Wizkid’s manager Sunday Are was paid the full performance fee of US$60,000, a brokerage fee of $5,000 and $3,000 as per diem for the days Wizkid’s group was going to stay in Uganda.

“Our client then incurred substantial expenses in booking and re-booking flights, hotel, venue, advertising and promotions for the concert, which expenses grossed over $300,000. In the meantime, more than 25,000 Ugandans paid for tickets in advance in anticipation of the Concert.

“To our client’s dismay and utter shock, Wizkid and his troupe did not show up for the Concert despite assurances were made up to the very last minute. This misconduct by the accused has not only damaged the name and reputation of our client.”

In response, the court issued the arrest warrant against both Wizkid and his manager Are.
at 1:16 PM