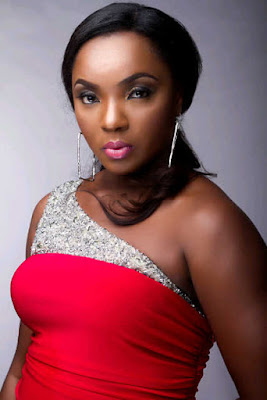 Nollywood Actor Gideon Okeke took to his Instagram page to criticize Nollywood veteran Chiwetalu Agwu for his use of vulgarities in movies, saying it was being used too much and it isn’t funny anymore.


Gideon emphasized on the fact that children had access to his films and said that the film and censors board and movie channels need to rate films appropriately.

Well, this did not sit well with actress Chioma Akpotha as she in turn called Gideon out and accused him of being disrespectful, saying how dare he insult an older talent on social media. She went further to say the “new generation” actors lacked morals. 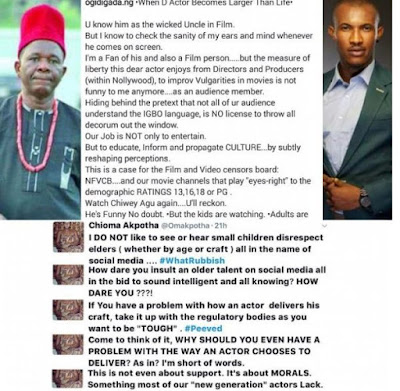