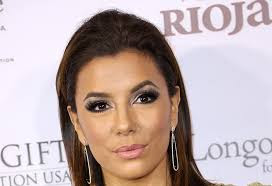 Eva Longoria and Marco Schreyl have been announced as the hosts of the Best FIFA Football Awards ceremony on January 9.


The ceremony honours the best players and coaches from the past 12 months, including the coveted Best Men's Player award, which will see Cristiano Ronaldo, Lionel Messi and Antoine Griezmann battle for the trophy.

The awards will take place in Zurich on Monday and the event is due to be streamed live online.

Longoria is best known for her Golden Globe-winning performance on Desperate Housewives but, as well as acting, has a passionate interest in philanthropy.

The 41-year-old founded a charity to help disabled children called Eva's Heroes and is also involved with the Make-a-Wish Foundation and a number of Latino and Latina organisations.

As Germany's answer to Ryan Seacrest or Dermot O'Leary, Schreyl has presented singing and talent shows Deutschland sucht den Superstar and Das Supertalent and is one of the biggest names in German television.

He also has previous experience presenting sporting events, having worked on the Olympics as well as the Bundesliga, Champions League and international football.

As well as the best player award, the Best Men's Coach will also be named, with Leicester City's Claudio Ranieri competing against Fernando Santos and Zinedine Zidane.

The FIFA World XI and the Puskas Award for best goal of 2016 will also be announced at the ceremony, as well as numerous other awards.
at 1:15 PM