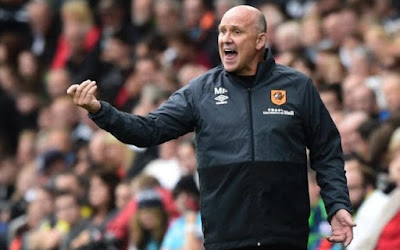 Hull City manager Mike Phelan criticised his players in the wake of Monday's defeat to West Brom, calling them "pretty boys" and insisting they must learn to do the basics.


Phelan watched his side take the lead in the first half thanks to a goal from Robert Snodgrass, only to throw it away in the second to lose 3-1 to Tony Pulis' men.

And Phelan feels the collapse was an example of his side lacking determination and courage, which he demands they overcome in the future.

“We got the goal and were in control but the game doesn't last 45 minutes and we suffered again," he said.

“We didn't do the basics by attacking the ball at set-pieces. They really are basic things.

“We give free headers and suffer two set-piece goals against a team which is good at set pieces.

“We have to be more courageous and braver and sometimes take a knock.

“You can't just be a pretty boy, you have to get your body or something on it.

“When it is a one-on-one situation you have to carry out that duty.”

Hull take on fellow strugglers Swansea in the FA Cup on Saturday before facing Manchester United in the EFL Cup a few days later. Phelan's side then face Bournemouth in the league before a trip to Chelsea.
at 1:24 PM