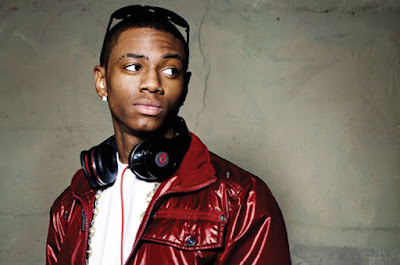 Soulja Boy's house was burglarized Tuesday ... in the throes of his war with Chris Brown that now has tinges of a gang feud.


Law enforcement sources tell us a man busted into Soulja's Hollywood Hills home early Tuesday morning. After busting the front door down the crook nabbed $10k in cash and $12k in jewelry.

We're told SB wasn't home at the time of the burglary ... but his house is wired with surveillance cameras, one of which captured the suspect's image.

Soulja and Chris Brown are taking their feud into a boxing ring probably in Dubai. Wack 100, who's siding squarely with Soulja, says very clearly the fight is being controlled by West Coast gangs. Chris' team, which includes Mike Tyson, begs to differ.

Cops are investigating the incident they were at the house again Wednesday afternoon. We're told so far there's no evidence Chris or his crew were involved.