The Dangers Of Using A Non-Stick Pan 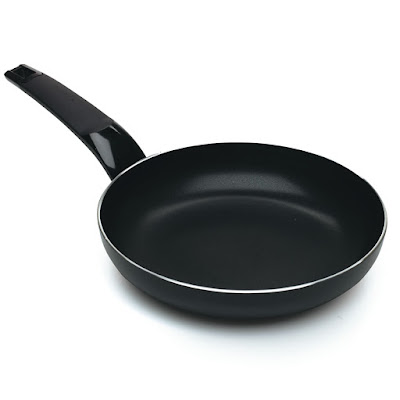 Pans with a non-stick coating are convenient but new research suggests that the chemical used for the coating is extremely toxic and exposure can prove dangerous to brain health, the reproductive system, and immune system.

The Dangers of Non-Stick Coating
DuPont, the chemical engineering giant, is responsible for the perfluorooctanoic acid (PFOA) used to make Teflon coating. Federal regulators linked the chemical to birth defects and cancer, and these regulators also accused DuPont of hiding these hazard reports for decades. This caused an uproar and forced DuPont to phase out production of the chemical in 2006. Regardless, PFOA has already infiltrated millions of homes; resulting in detectable amounts of the compound in the blood of nearly every American. It’s even been found in polar bears in the Arctic.

A new Environmental Working Group (EWG) report suggests that there is no safe level of exposure to the chemical in non-stick coatings, categorizing PFOA in the same league as asbestos and lead. This new report is supported by studies from the University of Massachusetts (UMASS) and Harvard University — studies that suggest blood levels of PFOA 400 times lower than the EPA’s current level could still cause adverse effects.

The Solution
There are some natural, safer alternatives to Teflon that you should be aware of. If you currently own a non-stick pan, throw them out immediately. Replace all non-stick bakeware with glass, and choose steel and cast iron for other cooking needs. Rely on healthy fats, like olive oil and coconut oil, to provide a natural non-stick surface for your cookware. Ideally, the majority of your diet should be uncooked and raw, meaning you shouldn’t have to worry too much about whether or not your food is sticking to cookware.