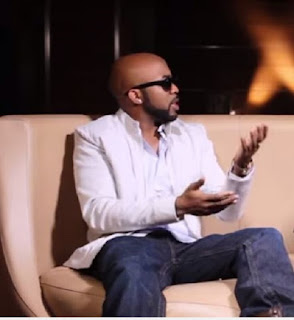 A property located along Admiralty Way, Lekki Phase 1, Lagos where popular singer, Banky W, lives has been destroyed by fire.

A neighbour to the artiste told reporters on the telephone that the fire was caused by a faulty air conditioner.

The fire was believed to have started around 6 a.m.

A resident said, “The fire started around 6 a.m and all of us came out to assist Banky in putting out the fire.

“However, Fire service officials arrived around 7.30.

“So many items were destroyed including Banky’s awards.”

but officials of the fire service arrived over an hour late.