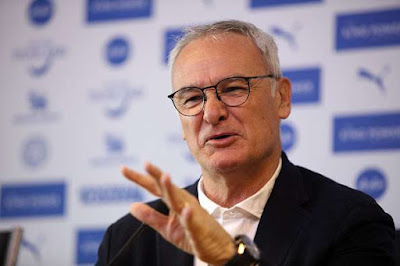 Jose Mourinho has posted a classy tribute message to Claudio Ranieri after the Italian was sacked by Leicester City.


The Premier League champions made the announcement on Thursday evening, a day after the Foxes were beaten 2-1 by Sevilla in the Champions League.

After their quite extraordinary title win, Ranieri's side have struggled in the 2016-17 season and find themselves in 17th place in the table with just five league wins from 25 matches.

Leicester were also dumped out of the FA Cup by Millwall at the fifth-round stage, with the club's hierarchy feeling a decision had to be made to arrest their decline.

Ranieri's success last season, that saw him crowned FIFA's Best Coach of the Year, has not been forgotten about, however, with United boss Mourinho sending on a message of support.

The 54-year-old, who, like Ranieri, was also sacked the season after claiming the Premier League title, posted on his Instagram page to remind the Italian that no one can delete his achievements.

He wrote: "CHAMPION OF ENGLAND and FIFA MANAGER of THE YEAR.sacked. That's the new football Claudio. Keep smiling AMICO. Nobody can delete the history you wrote."
at 4:06 PM