KSB ordained as minister of the Gospel 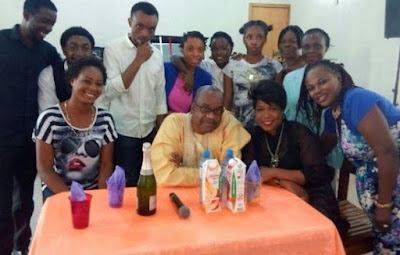 This past Sunday witnessed the ordination of singer and politician, Kenny Saint Brown, as a minister, preacher and a teacher of God's word by her spiritual father Apostle Anselm Madubuko along side other ministers ordained.

She was ordained after almost 10 years of pulpit service at the New Annointing Revival Assembly Church.

LIB gathered that KSB has been in charge of the Teens Church for over 6-years and in 2014 when the youth church was created, she was promoted to be the minister in charge.

KSB, who has been an artist for almost 20 years holds a post graduate diploma degree in Theology from RCCG as far back as 1997.

She had attended Morris Cerullo & Benny Hinn Schools of ministry and discipleship respectively in London, England in 1996 before moving back to Nigeria in 1997.
at 3:48 PM