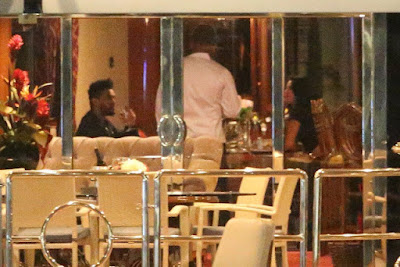 "Starboy" singer, The Weeknd and Selena Gomez showed massive PDA over the weekend while chilling on a very expensive luxury yacht!

According to TMZ, renting the Leight Star yacht docked in Marina Del Rey, CA costs around $85k for a week and the drunk in love stars proved swapping spit with class is possible. See more photos after the cut.

However, Gomez was unable to join her beau because she was in New York for Fashion Week. But she made sure to leave her credit card to handle all charges.
at 2:15 PM