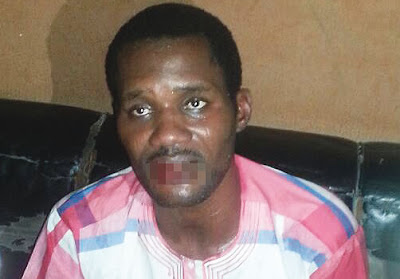 Movie Producer, Seun Egbegbe who was last week apprehended while attempting to dupe a mallam of N10 million in Gbagada General hospital, is still in the custody of the police at Area H command, Ogudu in Lagos state.


According to the Lagos state Police command's spokesperson, Dolapo Badmus who spoke to LIB today, the police is currently conducting a detailed investigation into his case since it appears he is a habitual suspect.

She added that he will not be charged to court soon because of the extended investigations.

"Yes, until the investigation is over. We have sought the court's consent to extend his detention".

Meanwhile the case against him for stealing the iPhone comes up on Wednesday February 8th.
at 5:19 PM