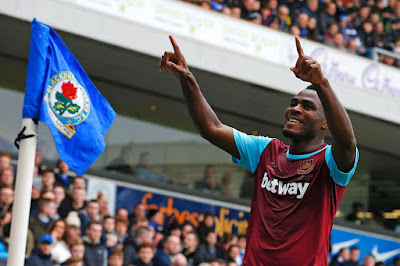 
According to Turkish sports newspaper, Fotomac, Emenike, 29, who has been at Fenerbahce since 2013 is currently out of favour at the Turkish club, for whom he has started just seven league games all season.

Emenike has scored seven times and provided four assists in 21 appearances in all competitions this season.

His contract is up in June of next year and, with no extension planned, he is expected to be sold in the summer hence Fulham's reported interest.

It has even been suggested that the 2013 Africa Cup of Nations winner is already in London as he steps up his pursuit of a new club.

If Emenike eventually joins Fulham, it will be his second stint in English football.

In 2016, Emenike spent time on loan with West Ham but failed to score in any of his 13 Premier League appearances, with his only goals coming in a 5-1 win at Blackburn in the FA Cup.
at 5:22 PM