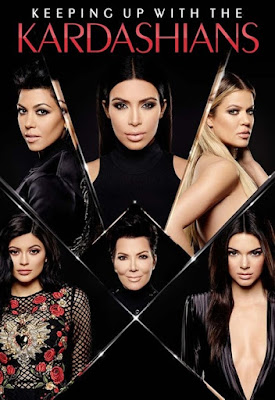 The Kardashian family are reportedly freaking out as KeepingUp With The Kardashian, is on a free fall in terms of ratings. Sunday night’s episode was so low people are beginning to speculate this might be the beginning of the end of the Kardashian’s reign as the most famous reality TV family.


According to Nielsen, only 1.41 million viewers tuned in to watch the show. This will not be the first time ratings are dropping that low. For the August 28, 2016, episode, ratings hit the lowest ever at 866,000. It was expected that this new season will rake in views considering that the episodes told the story of Kim Kardashian’s Paris robbery but it wasn't so.

“This sucks,” a source close to production told Radar. “These were big episodes and they were supposed to bring in big numbers. This is bad.”

Viewers took to Twitter to call for the cancellation of the show.

“#IHaveBeenThinkingAnd I think the network needs to cancel #KUWTK it’s just no use to anyone anymore…” one person wrote.

Radar reports that the Kardashians/Jenner are really worried about this drop in ratings and would not know what to do with themselves without their show.

“The entire family is completely freaking out right now. They would not know what they would do with themselves if the show got cancelled.”
at 5:15 PM