How Nigeria missed out on Bayern Munich’s David Alaba 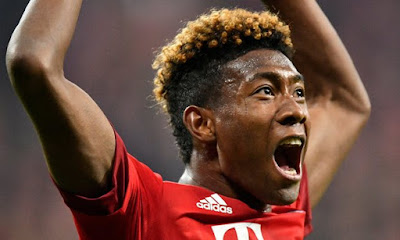 
The Bayern Munich defender’s father is a Nigerian, while his mother is from Philipines, but he has been representing Austria from their U-17 side.

Akwuegbu also urged the NFF to cap Nigeria-born winger Kevin Arase who is also playing in Austria’s youth teams, before they lose him like Alaba.

“Kelvin Arase is a fantastic player, I told the NFF about him two years ago when he was playing for the Austrian U17 team,” Akwuegbu told newsmen.

“That is how we lost David Alaba to Austria, I told the NFF about him but they were slow to make a move for him before he was capped by Austria.

“They should engage some ex-internationals to talk to these players. The NFF needs us, we can’t be overlooked.”
at 1:22 PM