I have been denied entry into US, I’m stranded – 2face brother, Hyacinth Idibia cries out 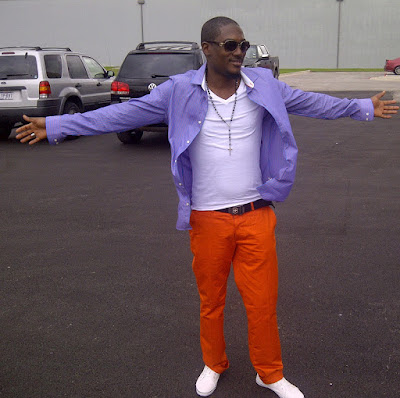 Brother to legendary Nigerian singer, Innocent Idibia popularly known as 2face, Hyacinth Idibia, has claimed that he was not allowed to enter the United States of America by immigration officers.


Hyacinth also known as H-I made this claim on Facebook yesterday, when he wrote, “I’ve just been denied entry into the United States #frustrated #stranded.”

He did not, however, give details on what transpired.

Hyacinth has been living in Virginia, United States for years.

Recall that Senior Special Assistant to President Muhammadu Buhari on Foreign Affairs and Diaspora, Abike Dabiri-Erewa had on Monday urged Nigerians not to travel to the US unless they have a compelling reason.

She further explained that the warning became imperative after some Nigerians with valid visas were denied entry into the US.

According to Onyeama, no Nigerian with full valid entry visa has been denied entry to the U.S. as being widely spread.

Onyeama, who stated this while fielding questions from newsmen over the issue, said Nigerians were free to travel to the U.S. as the country was not on the ban list.

The minister said he was constantly in touch with the Nigerian Ambassador to the U.S. and the U.S. Ambassador to Nigeria, adding that there was no report on Nigerians being denied entry into the U.S.

Also, the U.S. Embassy in Abuja said yesterday that there was no reason for Nigerians with valid visas to postpone or cancel their travel to the United States.
at 1:53 PM