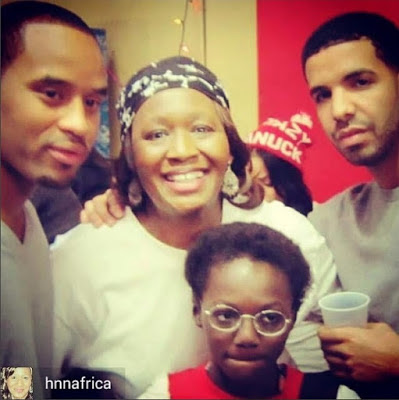 Controversial journalist, Kemi Olunloyo shared a throwback photo with multiple Grammy award winner, Drake which they took way back in 2011.


Kemi captioned the photo with her brief history with the Canadian rapper, revealing that she helped him earlier in his career, when he was still at the bottom.

The controversial socialite noted that she was one of the women that helped promote his mixtape and demos while he was building his brand. 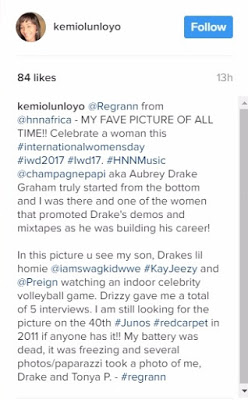