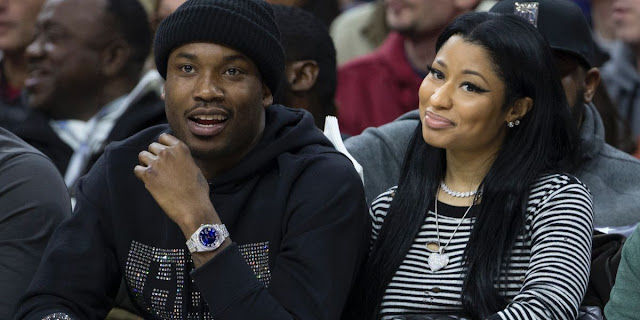 Just after his boss, Rick Ross, dissed his ex-girlfriend, Nicki Minaj in his new song ‘Apple of My Eyes’, Meek Mill has promised to expose Nicki who he accused of paying bloggers to write damaging stories about him.


Meek Mill called out his ex, after a popular blog  'Baller Alert' shared a photo of Meek Mill at a show attended by only 2,300 people. The rapper who got offended with the caption, alleged it was aimed at discrediting his image.

The Philly rapper also denied he wasn't performing, alleging that where he was pictured wasn't a concert, but a club. Meek Mill accused the blog platform of knocking off reports of Nicki Minaj's brother's court case of allegedly molesting an underage girl, to come soil his image. 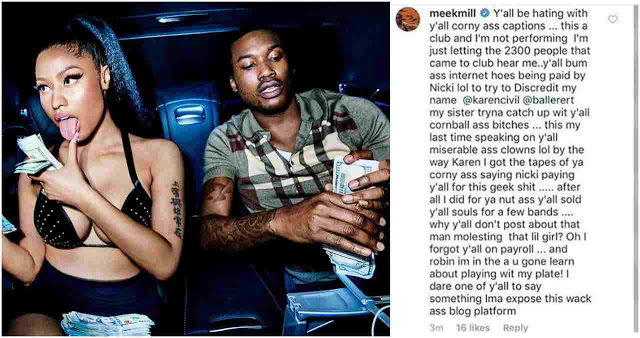