My Plans For Nigeria As CAF Executive - Amaju Pinnick 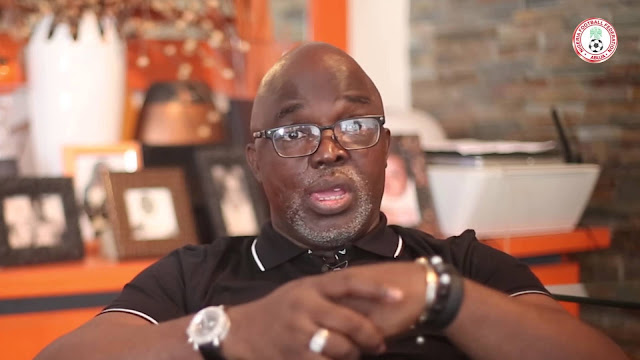 Newly elected CAF Executive Committee member and the President of the Nigeria Football Federation, Amaju Pinnick, has assured that Nigerian football will benefit tremendously from the success of his election.

Amaju who surpassed the achievements of his predecessors, Sani Lulu and Aminu Maigari, ousting Benin Republic’s Anjorin Moucharafu 34 to 17 votes, is now representing the West Zone B in the CAF Executive Committee, a tenure that will last from 2017 to 2021.

While dedicating his triumph to all Nigerians, Pinnick also said that he will see to it that Nigeria actively participate in the running and development of football in Africa.

“There are a lot of things that will be going on in the next few days, but there will be tremendous improvement,” Pinnick told Completesportsnigeria.com.

“UEFA, FIFA, Asia Federation are all happy about the new change, not just for Nigerians. Then as for Nigeria, of course I am now there, and Nigeria will be a major beneficiary of me being in CAF. I can assure you, on and off the pitch.

"We are not going to play a passive role, but an active role in the development of African football. I have been an integral part of this movement, and Nigeria will enjoy from this because whatever you see in CAF today started in Nigeria.

“You will see a lot of new things happening in the coming weeks. Lots of input from UEFA, FIFA and the Conmebol. Other parts of the world are happy and have been contacting us. We have a blueprint which will be harmonized by an international consultant in the coming weeks.”

Pinnick also thanked everyone who supported him in his quest to achieve his dream.
at 1:27 PM