"Messi Is An Idiot" 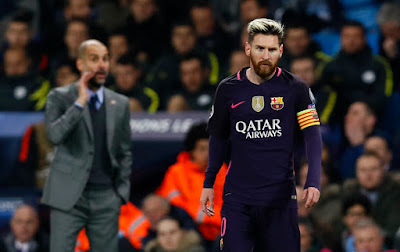 
This came as the striker seemed to show little interest during a tour of the Giza Pyramids.

Hawass, famed for his Indiana Jones hat and TV specials on Egypt’s ancient sites, showed Messi around the Giza Pyramids last month during a brief visit to Egypt by the Argentina star.

When Hawass was asked by journalists how Messi’s reaction was compared to that of Hollywood movie star Will Smith, who also toured the Pyramids with Hawass earlier this month, he said, “Messi is an idiot.

“And I am sorry to say that.

However in a statement yesterday, Hawass said he was expressing anger over an inefficient interpreter when he was interviewed on the telephone by a talk show host. He made no mention of an interpreter in his original comments on Messi.

“I apologize to Messi and his fans for the misunderstanding.

“The nature of brief interviews does not allow enough time to accurately explain what is meant. That contributed to the misunderstanding.”

Hawass, a former antiquities minister, added that he would like to take Messi to visit the tomb of King Tutankhamun in the southern city of Luxor if he were to visit Egypt again.