Adele's album “21,” which was released in 2011, this week surpassed Carole King’s 1971 “Tapestry”, for time spent on the Billboard 200 by a woman. Billboard confirms that “21” just completed its 319th week on the chart where King’s album spent a nonconsecutive 318 weeks. 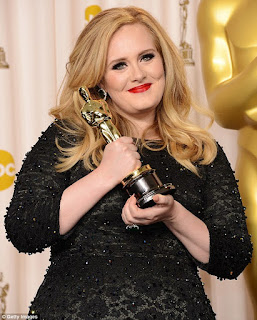 That’s over six years. Billboard also notes that while Adele’s album has appeared on the chart every week since its debut, King’s dipped out of the ranking in 1977 after 302 weeks, and reappeared in 2010.Overall, Adele’s “21” is the 11th longest-charting album on the Billboard chart.
at 10:48 AM