The BBNaija reality show will on Sunday, April 9 come to an end, this means there are just four days remaining and we have five finalists. They are Bisola, Debbie-rise, Efe, Marvis and Tboss.
The housemates who were on Monday visited by Nigerian singer and self acclaimed, ‘Omo Baba Olowo’ Davido revealed how they intend to spend the money if they win and during their Diary room session, the housemates revealed to Biggie how they intend to play their games this week and what they think their fate will be on Sunday. They also opened up on who their biggest competition is at this point. 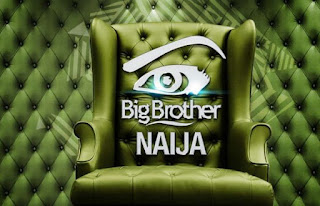 Efe talking to Biggie says there’s no pressure on him, he plans to live life to the fullest this final week and his biggest competition is his close friend,
Bisola but while responding to Davido, he said that he would love to push his music career to the next level

Meanwhile for Bisola, she’s of the opinion that all five of them who made it to the finals are winners and she’s not sure if she stands a better chance at winning the prize money but she says, if she wins the 25 Million naira, she would really like to go to a film school, produce her own movie and improve her knowledge of the theatre. Davido advised Bisola to invest in production tools which she could rent to people which will in turn yield a lot of profit for her. 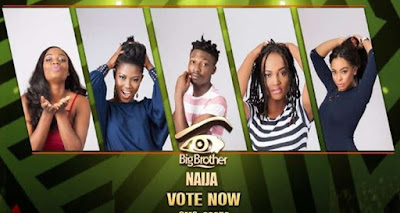 On the other hand, Marvis who was a protocol officer at an oil company sees Bisola as her biggest threat but she expressed positivity on her ability to win the prize money, although, she told Davido that if she emerged the winner she would like to pursue a career in acting, buy a car and open a bar.
TBoss expressed shock that she made it this far and she said this has propelled her to put in more effort to win, she intends to take her mom on a trip and also have her own talk show if she wins the 25 million naira. She sees Marvis as her biggest contender.

Although Debbie-rise sees Tboss as her biggest competition, she believes her discipline and compassion brought her this far adding that she would give her best to ensure she took home the grand prize. If she wins, she said that she would like to promote her singing talent and her advertising ambition as a graphic artist.
Who do you think would emerge the winner of 25 Million Naira? Is it TeamBisola, or TeamEfe or TeamDebbie-rise or TeamMarvis or TeamTboss? Who are you voting for?
at 1:14 PM