#BBNaija: Read what the 5 finalists said as they campaigned for your votes

With only one day left before the end of the show, Biggie completely banned any sort of campaigning for the rest of the week. The decision seemed quite harsh at first but when the contestants were asked during their diary session if they felt it jeopardised their chances, they all agreed that it didn't bother them anymore.


Bisola said they would have been incredibly annoying to watch because all they'd be doing is campaigning, so it was probably a good call while Marvis actually felt the ban would allow viewers to vote on merit and Debie-Rise argued that it had helped level the playing field. 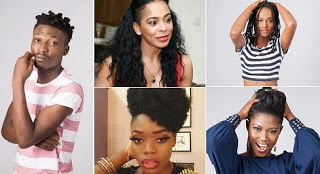 Later on, Biggie told everyone to put on their finest clothes and get ready to go to the Arena for their last presentation. They were given only 40 minutes to put on their makeup, suits and evening gowns before heading out and they all looked visibly nervous as they racked their brains for the perfect speech. In the end, Biggie's call was a good one because not having time to memorise anything forced them to speak from the heart. 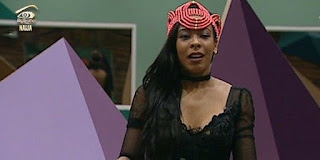 First up was TBoss.


"I came into this House a princess and now I stand before you, a queen! I say this with humility. I am not a proud person."
She expressed her gratitude for everyone who'd "invested in her" and asked them to keep being kind and voting. She revealed that she didn't know why they'd saved her so many times but suggested that it was probably because they all saw every facet of her and realised that she was nothing like the first impression she often gets thanks to her "tattoos and piercings." 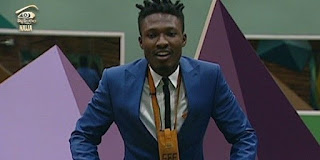 Efe went up next starting with the question,


"Who is Efe?" Before launching into an impassioned speech where he suggested that everyone who'd overcome strife was no different from him. "Efe nah you! Efe nah that mother who deprives herself of every luxury" so her kids go to school. "Efe nah me coz I be Nigerian and against all odds I stand with my two feet!”

His eyes filled with tears for a moment as he recounted how he'd gotten farther than anyone else in his family, "The name Ejeba stands out now!" he exclaimed before pleading with people to vote. 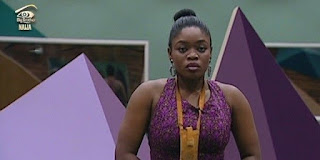 Bisola was the third person to speak, she said:

"Bisola means 'Born into wealth' but that hasn't been the case" Bisola said as she opened. She revealed that she often felt insecure and envious when people mentioned their college experiences because she never had the money to go to one. She also explained how she made the decision to rely on the talents that she knew "could feed her" to survive depression. She acknowledged that she'd fought with many people in the House but reminded everyone that she wasn't perfect nor was she more intelligent, gifted or beautiful than anyone else. "Yet, you've kept me here! Please keep up the good will." she exclaimed as she closed off.
In her words: "I have never been in university neither am I a graduate so I am sometimes envious when I hear other housemates talk about what and when they did this or that in school, not because I wasn't intelligent to go to school but because I didn't have the funds too. Every exams I passed, I never made it through because there was no money to send myself to school. I struggled and said to myself, you know Bisola, you have a talent, that talent can feed you, you shouldn't let the circumstances or the situation you have found yourself put you down. I have had my depression at some point in my life but so far I have moved on 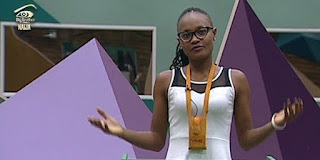 Marvis kept things simple reminding everyone that she'd been a fighter from the get go and had accomplished things even she thought she would never do. She begged everyone to vote for her because she was a born winner.

"I'm pleading because W-I-N dey for my body!" She thanked Big Brother for giving her this platform and reminded people that she'd kept it real all the way through. "I came here Marvis. I leave here Marvis" she said before concluding that if it weren't for Big Brother people would have never known that name. 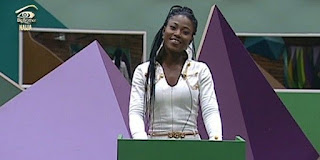 Debie-Rise closed things off by making a surprising revelation that she didn't have her family's blessing to be on the show. However, she said she stuck around because she wanted to be an example everyone that you should chase your dreams at any cost.


"Growing up I just wanted to be more. This passion that I have? I want go home and say that it was worth it in the end!"


She also said she was disciplined, well mannered and empathetic which said were qualities a winner should possess. Debie-rise revealed that she wants to be a source of inspiration to young girls out there, even after her dad who is a Pastor, called the organizers of the Big Brother Naija Reality TV Show to pull her out. This made her, not to give any member of her family the chance to call her on the show.


She also acknowledged that she has low esteem issue