The duo brought up the issue at the “Warri Again?” concert while they were entertaining their fans with Kemen’s s*xual abuse on T-boss in the reality show. In their jokes AY and Helen had noted that the molestation that happened between the two was simply a “small touch.”
Rita Dominic has joined other voices speaking out against the culture of normalising s*xual abuse against women.
The actress wrote, “It is not rational to say that s*xual misconduct or abuse of any kind is normal behaviour.
Read the rest of her tweets: 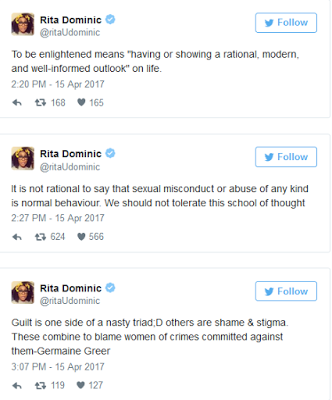 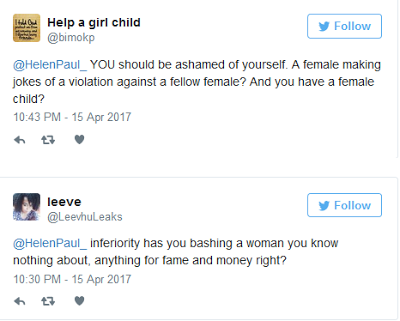