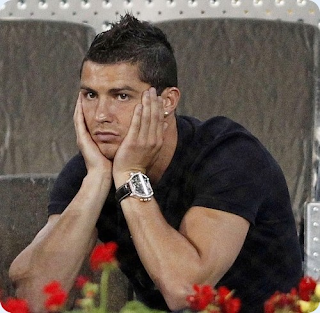 Cristiano Ronaldo’s representatives, have denied reports in a German magazine, Der Spiegel, that the Real Madrid forward paid a woman to cover up an allegation of rape.


Gestifute, the sports management company founded by Ronaldo’s agent Jorge Mendes, dismissed the story as “a piece of journalistic fiction”.

In a statement responding to the article, Gestifute criticised “a disgusting and outraging” allegation and said Ronaldo will “do everything in his power to react”.

The statement read: “Today, the German newspaper Der Spiegel published a long article regarding an alleged accusation of rape that would have been directed at Cristiano Ronaldo in 2009, about eight years ago.

“The article is nothing but a piece of journalistic fiction.

“The alleged victim refuses to come forward and confirm the veracity of the accusation.

“The newspaper has based their entire narrative on documents which are unsigned and where the parties are not identified, on emails between lawyers whose content does not concern Cristiano Ronaldo and whose authenticity he cannot verify, and on an alleged letter that is said to have been sent to him by the so-called victim, but was never received by Cristiano.”

Gestifute’s statement added: “The accusations reported by the De Spiegel are false and Cristiano Ronaldo will do everything in his power to react against these.

“An accusation of an act of rape is disgusting and outraging, and he will not allow it to hang over his reputation.”
at 12:33 PM