Deputy Sheriff Sues R. Kelly For Allegedly Having An Affair With His Wife

R. Kelly has been slammed with a lawsuit by a Mississippi sheriff’s deputy, Kenny Bryant, who has accused the singer of having an affair with his wife. He said he suffered “emotional, psychological and financial loss” due to the actions of the singer. 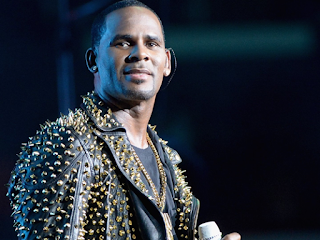 Narrating his ordeal, Bryant said his wife – Asia Childress – admitted to cheating with Kelly prior to their wedding in July 2012, he also claims that she rekindled her relationship with the singer that October after she met him at one of his concerts.


Bryant also said that his wife convinced him to quit his job and move to Atlanta under the guise that he could further his career. But he now believes that his wife’s motive was so she can continue her affair with the singer whose personal life has been subject to major criticism over the years.
Now, the aggrieved husband says his wife travelled to nearby states for R. Kelly concerts and to also hang out with the singer. It was during one of these rendezvous that Bryant’s wife allegedly brought home a sexually transmitted disease – chlamydia.
The producer and R&B singer is yet to react to these accusations.
at 5:20 PM