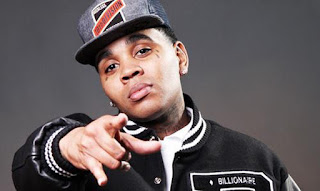 Rapper Kevin Gates has been sentenced to 30 months in jail for a weapon-related charge. The ‘2 Phones’ rapper pleaded to a felony gun charge after his bail was denied earlier this month, and yesterday was sentenced to prison again, this time for 30 months.


This huge blow comes just a month after the rapper was re-arrested after serving 180 days in prison for kicking a female fan in the chest during a 2015 concert. Recall that on the day of his supposed released, officers found that he had a gun charge pending and immediately threw him back into jail.
Yesterday, the judge found him guilty of the felony gun charge, and that was how the rapper bagged some more jail time.
at 5:05 PM