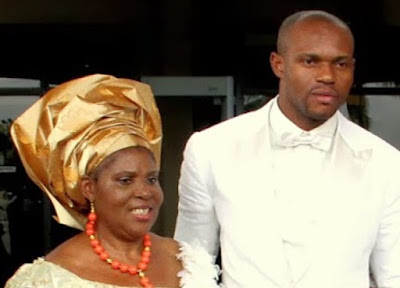 
Late Mrs Mary Onuekwusia, according to Austin Ejide, died in Chicago, United States of America, USA, at the age of 67 years. Although Ejide did not disclose when his mother passed away, he told newsmen that the family was making arrangements to fly her corpse back home, Agulu, Anambra State in eastern Nigeria, for burial.

"She had been in the USA for a while. She died in Chicago, to be precise," the former Rangers and Gabros International FC goaltender said.

"We're still planning for the burial. When we are through, as regards when the corpse will be flown home, I will let you know."

Ejide who was capped 45 times by Nigeria, featured for Etoile Du Sahel of Tunisia in 1999 through 2002, following a move from Gabros International FC Nnewi (defunct).

In 2003, he helped the Tunisian club win the last edition of the CAF African Cup Winners after beating Julius Berger 3-2 on aggregate with fellow Nigerian striker Ogochukwu Obiakor scoring all three goals for Sahel in the return leg after losing the first leg tie 2-0 in Abeokuta.