Yesterday, 36-year-old reality star, Kim Kardashian took to her Instagram page to unveil a new Kimoji in honour of 420, also known as weed day. Of all the images in the world, Kim chose to superimpose her face on the image of Virgin Mary with a fiery halo around her head and a wreath of flowers at her waist. The Kimoji was shared in several videos which had psychedelic effects. One of the videos was captioned, “When Kim Blesses you with that 420 drop.”
The mother of two also shared another image of a candle branded with the same image which is available on her app Kimoji.com for $18.
Fans couldn’t hold back their outrage and many hopped on her page to blast her for ‘making mockery of the Mother of Jesus’, calling the image ‘disrespectful’ and ‘distasteful.’  Others couldn’t just comprehend why someone raised in the Catholic Church would do such. They are still condemning the Kimoji, demanding that the KUWTK star take it down. But the reality star seems unfazed with the comments because the image is still on her page 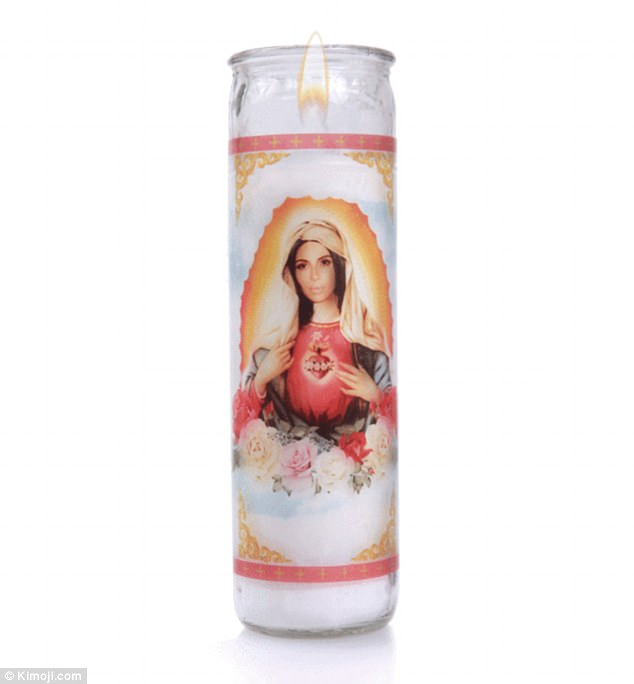 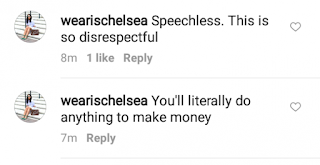 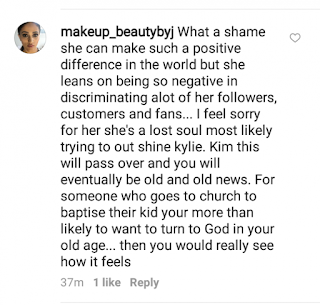 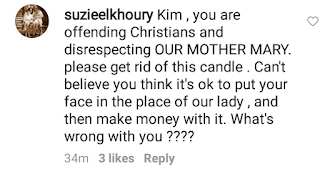 Watch the videos below: