Pepsi apologizes for its controversial advert, officially removes the content

Yesterday, Pepsi’s advert featuring Kendall Jenner generated serious backlash for the soda company. Pepsi was criticized for the 'insensitive' commercial; people accused them of exploiting the Black Lives Matter movement and for casting a white model in the role of a peacemaker between protesters and the police. 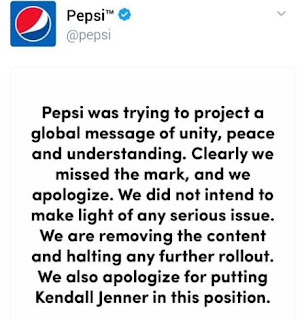 The Soda Company has now apologized for the advert, for putting Kendall Jenner in such a controversial position and has also taken it down. 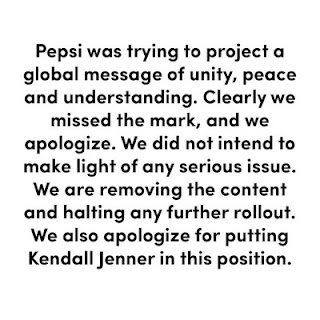