TI's wife files for divorce for the second time

T.I marriage to wife Tameka “Tiny” Cottle appear to be over as the 41-year-old R&B singer has filed for divorce again from her rapper husband after having filed late last year. 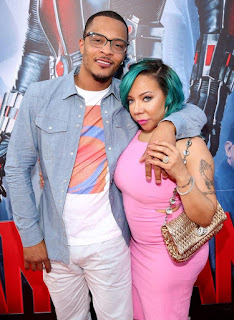 The original divorce never went through because the court never served T.I with divorce papers.


The couple has been together since 2001 before tying the knot in 2010.
Between the two of them, T.I and Tiny have seven children – including three together, and four from previous relationships.
Last year, the couple announced that they had welcomed a daughter – Heiress Diana – together.
at 11:32 AM