Sunday was actress Eniola Badmus father’s burial and it was attended by a lot of Nigerian Celebrities. 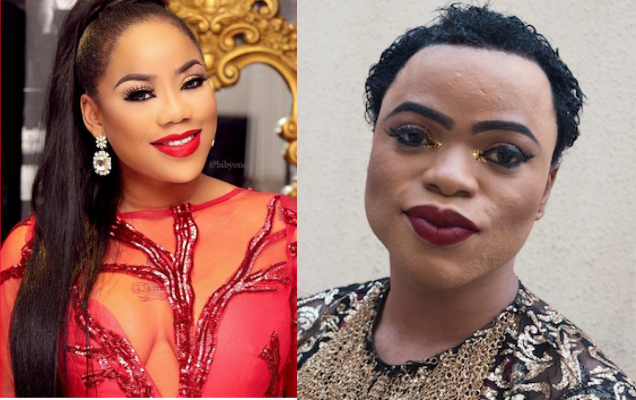 If you’re an avid follower of Bobrisky, you’d know he didn’t allow us rest day before + yesterday on his snapchat about attending the burial of Eniola’s father.
Celebrity fashion designer, Toyin Lawani might not be a big fan of Nigerian male barbie, Bobrisky as she seemed unimpressed after meeting him in person.
The CEO of Tiannah’s empire who also was present at the burial took to Instagram to shade “some people”. Well, the shade might just be directed at Bobrisky as they both attended Eniola Badmus' father's burial ceremony over the weekend 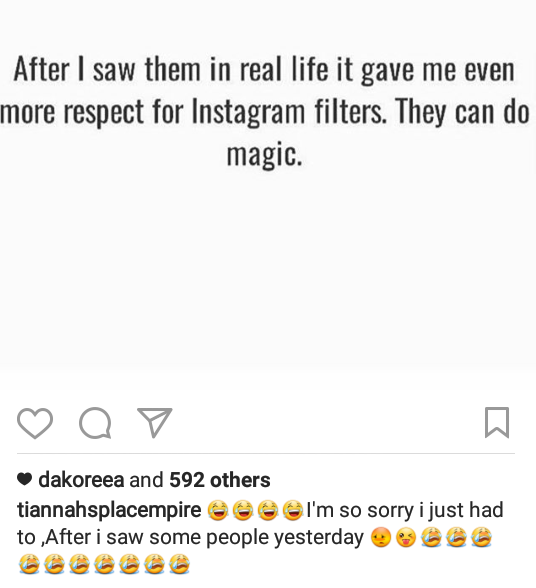 Well, the Nigerian barbie has responded saying it's only jobless haters who bother about his sexuality. He bragged about his achievement – his car, home, how much he makes from selling bleaching cream, all of which he says place him above the trolls who enjoy criticising him. See what he posted below...

"Yes I'm gay or straight how is it u guys problem ? I have over 11 visas in my passport, I live in 5bedrooms duplex alone in lekki well furnished u can check my snap for enough videos not with friends 😂haters will say is not my house 🏡 that I rented it. At least I pay rent I have access to it whenever I want 😝😝😝. I drive 2012 benz I also own a Lexus and a Toyota Camry. Abeg wat other achievements can I have at 25yrs and more still coming. So continue hating 😂😂😂😂😂😂😂😂 na u sabi. If na my bleach dey pain u Abeg go bleach urs too cos na light skin dey market now 😂😂😂😂😂😂😂😂😂😂😂😂

Baddest skin ever 😍😍😍if u like edit from now till next yr I'm still d baddest. Seeing is believing ,some of u Nokia 3310 better pass ur black and white phone. u need to go and change it. At d same time I won't blame u na Buhari fault. Bobrisky skin is bad I still sell packages 📦 today yet my cream is not good 😊.i just thought of it today y are some people so jobless ? Na dem go find gay, na dem for bad skin, y can't u find urself a job to do. People like top politicians don't have time for all dis. Na only d jobless ones go around ig tagging all his/her relations" 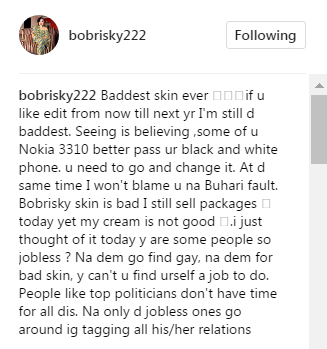 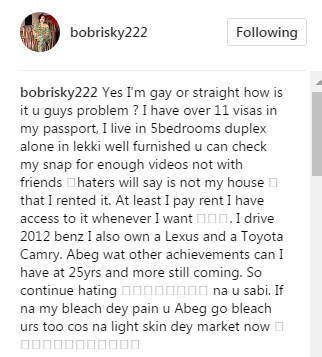