Jenner has candidly confessed she was not “entirely comfortable” having sex with ex wife Kris, during their 24 year marriage. 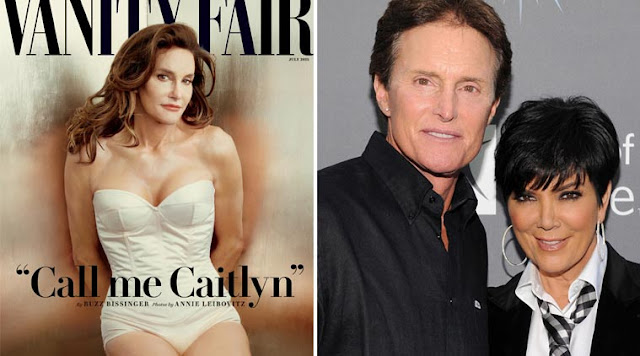 In her memoirs, The Secrets of My Life, an extract, published in People Magazine, read:


“We fall in love quickly (we marry after seven months). “Since – let’s not kid ourselves – everyone wants to know, Kris and I have good and frequent sex at the beginning … [It was] imbued with love. “This will always be a subject of dispute between us. “My attitude is no different than it was in high school: I’m just not entirely comfortable with it.”


I tell Kris about my gender issues before I make love to her.
“She insists that she was taken by surprise by my ultimate transition to Caitlyn, which obviously means in her mind that she did not know enough.”

Meanwhile, Caitlyn previously insisted she will never have sex with a woman again.
Referring to another potential romance with a woman she wrote:


“Of the most important things in my life, sex is beyond the bottom; it has been that way for a long time.”

It was previously known that Jenner had undergone facial feminization surgery and gotten breast implants.

Jenner is parent to six children with ex-wives including Kris Jenner. She came out as transgender in April 2015, during a highly publicized interview with Diane Sawyer. A few months later, she made her public debut as Caitlyn on the cover of Vanity Fair.