Tuface Refuses To Respond To Questions On Blacface’s Beef

Tuface was a guest on the takeover show with Radio personality Moet Abebe and was all smiles and full of life until he was asked about Blackace. 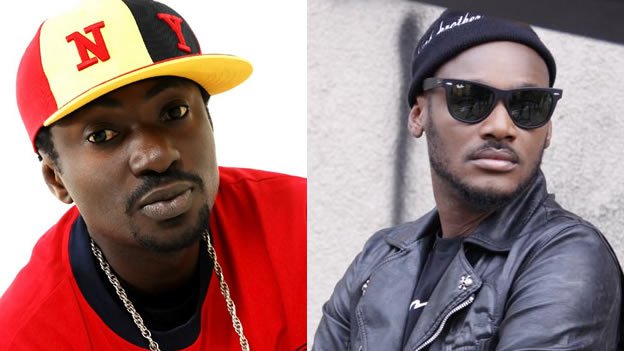 Fans had during the show tweeted questions concerning the latest Blackface attack wanting to know how Tuface plans to bring an end to the whole drama. The HolyHoly crooner had simply told Moet  he does not want to talk about Blackface at all.

He said: “Wetin be that? I don’t want to talk about Blackface here mehn. For real.“
His response clearly spelt that the issue between the former group members might not be nearing its end if none of the singers is willing to sheath the sword.
Blackface has constantly attacked his former bandmate, 2face and has severally accused the singer of stealing his songs and sabotaging his career while 2face would rather just look the other way than speak on the issue.


The latest attack by Blackface was launched just after the release of Tubaba’s latest track Holy Holy, a song which Blackface insists was an attack on him. He has threatened to take legal action against Tuface and his manager soon.
at 2:19 PM