June 12 Democracy Day: What Do You Think of Buhari’s Popularity Rating At The Moment? 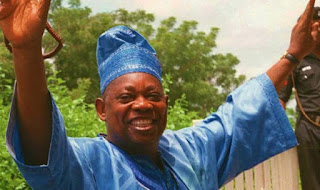 Political observers, foes, and supporters thinking President Muhammadu Buhari is only marking days towards the expiration of his stay at the Aso Rock Villa will be having a big rethink right now.

This long overdue official recognition of June 12 (still appraised as the freest and fairest general election in Nigeria’s chequered political history) came out of the blues, no one saw it coming. The dust expectedly raised is yet to settle across the length and breadth of Nigeria nearly 24 hours after.

The timing and motive of President Buhari's announcement apart, the move was seen as a deft one capable of shoring up the president’s hopes.

He had addressed a wrong which Nigeria's past leaders avoided like a plague at every turn and has through his boldness shown he is a courageous leader, reformer, and man of the people.

It took 25 years, a quarter of a century, to put June 12 in its proper place in history, that’s why Nigerians, rich and poor, educated and illiterate are talking about the initiation of a healing process to the agitation that rent Nigeria’s fabric apart.

President Buhari may have to earn his indelible spot in Nigeria's political history, no one can diminish this lofty legacy.

If a popularity poll is conducted right now, what chances do you think President Buhari has a chance of winning after this June 12 recognition declaration? Do you think he has done right? Share what you think with us.