6 Signs You And Your Partner Are Way Too Different 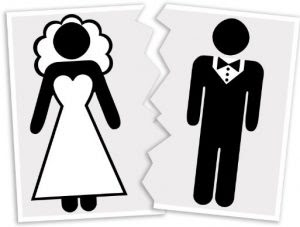 Here are six signs you and your partner are just too different.


1. You Have Different Views On Commitment
If you think monogamy is a beautiful commitment and your partner thinks it’s an unrealistic sham, chances are one or both of you is going to end up resentful and disappointed.

2. You Don’t Understand Each Other’s Love Language
According to Dr. Gary Chapman, everyone speaks one of five love languages: Words Of Affirmation, Quality Time, Receiving Gifts, Acts Of Service, or Physical Touch. People do not need to speak the same love language to succeed as a couple, rather they need to understand the love language their significant other speaks.

4. Your Arguments Never Find A Resolution
People fight differently. Some people slam doors and bail, while others try to stick it out and find a resolution to whatever happens to be the problem. Ideally, any argument should reach a resolution, one on which you can both agree, but if you can’t, that’s a sign that you’re too different. Conflict is part of relationships; as is conflict resolution.

5. You’re Annoyed By Things That Excite Them
Although no one says that you and your partner have to like the exact same things, if what they do like and get excited about makes you want to stab yourself in the eye, then that’s something worth noting. Because at that point, it’s not just that you don’t like what they’re into, but you don’t respect it either — which, in a way, may mean you don’t entirely respect them either.

6. You Both Have A Different Idea Of What It Means To Communicate